Faith Paulick ’07 won Chopped, had her mole complimented by Chef Aarón Sánchez, and dreams of opening her own Mexican restaurant someday. After serving as an executive chef for C Squared restaurant group overseeing three restaurants, she’s now at Joe Squared, once again getting her hands dirty in the kitchen.

This may sound like an unusual path for someone who studied English education, but she credits her background for her success. “I don’t think it’s a coincidence that I have a successful career even though I didn’t go to culinary school because I had such a great education. I have a different way of looking at things that a lot of my peers don’t in this industry, and that’s what has helped me and separated me,” Paulick said.

It’s no surprise then that when the little girl who started baking as soon as she could stand on a stepstool at four or five decided she wanted to go to college, she found herself earning money in the restaurant industry. She bussed tables, worked as a hostess, washed dishes—taking on odd jobs starting in her early teens. The background in food also helped her while she was in school. Paulick worked on campus at The Cove (similar to present-day Martha’s Kitchen). While helping her pay for school, her time at The Cove also cemented her path.

“I learned a lot at the Cove, about people, about this industry. It helped me learn that I really want to do this, and it also introduced me to the familial aspect of the camaraderie that you obtain when you work with people so closely in a hot, cramped environment.”

A few years after graduation, Paulick found herself back in Baltimore, and her career really started to take off. When C Squared, the restaurant group she was working with, decided to open a restaurant called Papi’s Tacos, they told her she would be the chef. With little background in Mexican cuisine and a restaurant in Fell’s Point—a stone’s throw from countless authentic Mexican restaurants, it was time to learn. “It’s not just about food at this point; it’s about culture,” Paulick said. She had to change her way of thinking about food. As she immersed herself in the culture, Paulick learned Spanish, traveled to Mexico, and perfected a mole recipe.

Paulick’s chilaquiles—complete with that very technical mole—were featured with Aarón Sánchez’s visit to Papi’s Tacos on the Cooking Channel show Taco Trip. She crossed paths with Sánchez again when he served as a judge for Paulick’s episode the Food Network show Chopped. The Mexican-themed episode, titled “Taco Time,” pitted Paulick against three other chefs creating their take on tacos with boxes of four required mystery ingredients. She came out victorious.

Although her winning episode of Chopped aired after she made the switch to Joe Squared and creating craft pizzas, Mexican cuisine is still close to Paulick’s heart. She hones her skills on her days off—studying Mexican flavors or working with a new chili. “You really have to have a certain passion to do this because it does come with some sacrifices,” she said. “But any entrepreneur of any walk will tell you that. And that’s sort of my end goal—entrepreneurship. To work work work and then have time, freedom, and retirement.”

At this time, Paulick isn’t quite ready just yet to open her own restaurant. “I could not focus on that with the amount of work stress that I had running a restaurant group, so I wanted to sort of take a mental break and get back to the ABCs and the fundamentals of cooking,” she said. Her desire to focus on being a chef again took her to Joe Squared and working with Joe, another entrepreneur from her scene with a similar mindset, and a restaurant that is a home for Paulick to get back to the basics.

Being back in the kitchen has its own sets of stressors. The fast-paced environment often leads to chefs making quick decisions and thinking on their feet. Here again Paulick credits her education with her ability to make the right calls. “You get into this situation where you’re in a time crunch and you just have to figure it out,” said Paulick. “I don’t necessarily know that I’d be equipped to do that without having the education that I had.” 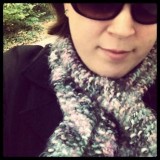